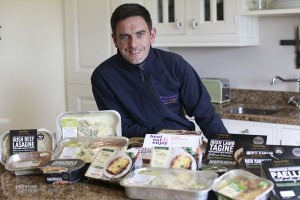 Ballymaguire Foods, based in Lusk, was the recipient of five Awards at the recent Great Taste Awards. The company, which offers fully integrated meal solutions to the leading Irish Multiple retailers, was acknowledged for its overall excellence at the awards ceremony organised by the UK Guild of Fine Food. The five winning products in which Ballymaguire Foods collected the awards, were for the company’s private label lines, produced for leading retailers; Musgrave Group, which include Supervalu, Centra and UK chain, Budgens; Aldi, Lidl and Tesco. Commenting on the awards, the award winning chef and the company’s Managing Director Edward Spellman, said, “We are thrilled to have won these five prestigious awards. We must pay tribute to our team of food technologists, innovators and producers. Our small North County business is committed to creating world class food, from quality assured produce grown on our farm and surrounding lands of Lusk.”

He went on to say, “These awards truly acknowledges our staff’s attention to detail and quality and all the hard work they put in to make our products to the highest standards and win the hearts and minds of the judging public.”

Following a total brand restructuring, inclusive of parent company, Country Crest completed in 2013, the local company made the strategic decision to focus on own brand production