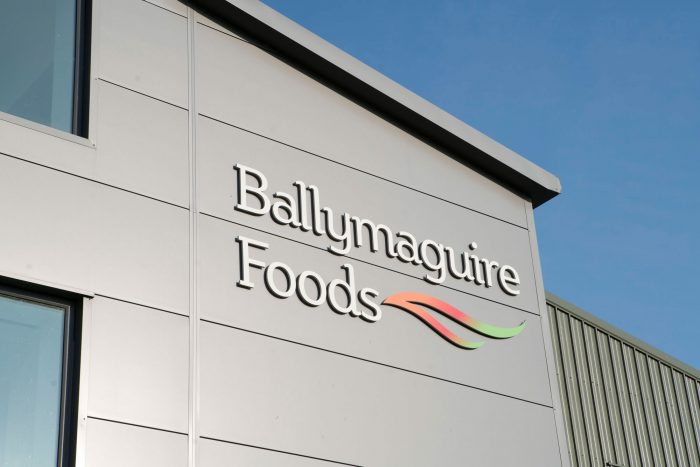 Agri-food businesses, Country Crest and Ballymaguire Foods have announced a €25M expansion of their food production facilities in Lusk that will create over 200 jobs over the next 5 years.

Recruitment will start straight away and the new roles will consist of management positions, R&D, quality control, technicians, engineering, cooks and general operatives. Construction of the first phase of the expansion is underway and is expected to be completed and in operation by the summer of next year.

Michael Hoey, Managing Director of Country Crest said “This is an exciting time for our convenience food business here in Lusk, North County Dublin. This is a vote of confidence in the Irish food industry, an industry that continues to thrive despite the tough economic conditions we are all experiencing at present”.

Making the announcement today Managing Director and Co-owner of Ballymaguire Foods Ed Spelman said: “We are delighted to be making this investment in our business as we continue to grow and expand our reach from our Lusk base. Our production capability will be greatly increased and will be mainly used to fuel the opportunities we see in both this country and mainland Europe. Our customers appreciate our agility and ability to adapt to new trends and tastes whilst using the best Irish ingredients where possible. Our Irish suppliers will also benefit in the future as many of our ingredients are sourced on the island of Ireland from chicken to beef and fresh vegetables.”

Founded in 2008, Ballymaguire Foods, a sister company to Country Crest, is the largest fresh prepared meals producer in the island of Ireland. The investment in the food production capabilities will underpin the company’s future capacity needs and support its customer growth plans over the next five years. The company’s success with its existing customers stems from its ‘farm to fork’ principle and because as many ingredients as possible are sourced in Ireland, over 60%, including all vegetables which come from North Co Dublin as well as all proteins which is primarily made up of Irish chicken, beef and hams. The company’s reputation for producing award winning meals at scale, ability to move at a fast pace, and its innovative approach to keeping on top of new food trends will be further bolstered by the establishment of a brand new R&D kitchen and larger team.

Of vital importance is the companies commitment to sustainability programmes. They set themselves stringent targets that respect the environment, their team and their local communities – embracing more sustainable packaging, water recycling, composting of green waste, and the use of green energy. The companies generate almost 40% of their energy needs onsite through their own wind turbine and actively promote biodiversity through a number of initiatives such as their wildlife area, planting of native trees and hedging, and increasing bee population.

Minister for Housing, Local Government and Heritage Darragh O’Brien said “This announcement is a brilliant example of pure quality and excellence in a sector where Ireland excels and especially around sustainability and producing quality clean food. For generations the Hoey family has employed hundreds of local people from the locality and have never been found wanting in giving back to the local community. Their success stemming from the land is to be applauded and I wish them continued success for years to come.”

This website uses cookies to improve your experience while you navigate through the website. Out of these, the cookies that are categorized as necessary are stored on your browser as they are essential for the working of basic functionalities of the website. We also use third-party cookies that help us analyze and understand how you use this website. These cookies will be stored in your browser only with your consent. You also have the option to opt-out of these cookies. But opting out of some of these cookies may affect your browsing experience.
Necessary Always Enabled
Necessary cookies are absolutely essential for the website to function properly. These cookies ensure basic functionalities and security features of the website, anonymously.
Functional
Functional cookies help to perform certain functionalities like sharing the content of the website on social media platforms, collect feedbacks, and other third-party features.
Performance
Performance cookies are used to understand and analyze the key performance indexes of the website which helps in delivering a better user experience for the visitors.
Analytics
Analytical cookies are used to understand how visitors interact with the website. These cookies help provide information on metrics the number of visitors, bounce rate, traffic source, etc.
Advertisement
Advertisement cookies are used to provide visitors with relevant ads and marketing campaigns. These cookies track visitors across websites and collect information to provide customized ads.
Others
Other uncategorized cookies are those that are being analyzed and have not been classified into a category as yet.
SAVE & ACCEPT